No matter what your occupation, certain decorum should always be observed and practised. This idea most certainly applies to the escort community. And without a doubt it extends beyond one’s vocation (but that is a whole other topic). There are unfortunately conflicts and bad 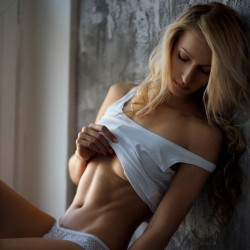 blood between some of Chicago’s providers. This is not unusual as doctors, lawyers, truck drivers… have conflicts. But what is unusual is the way it is being handled.

There is a particular provider who exploited a very unfortunate situation… she made a claim and urged donations based on a total lie concerning a VERY unfortunate incident. Now of course this is not good. But some people just don’t want to let it go. This particular provider did apologize on a public forum but the harassment of her ensues. Actions such as threatening emails, using a similar identity to hers on public message boards to make false statements, threatening to have her account suspended, etc. are some of the activities.

It is our belief that following ugly behavior with ugly behavior does no good for anyone involved. It is also troubling for the community of hobbysists. People can certainly make their own decisions about someone’s character and if they wish to see that person or not. But it is not the place for other providers to attempt retribution.

Chicago has a fine community of escorts and providers. Bitterness, game playing and under handedness work against us all.