Eros Guide purports to serve escorts and hobbyists in Chicago, Los Angeles, New Orleans, New York and MANY other cities in the US and Europe. Eros Guide gets a lot of traffic. But does Eros make sense for your advertising dollar? A number of considerations suggest not. 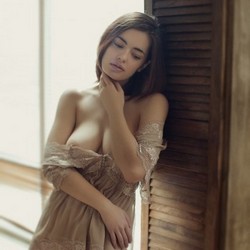 Eros guide has more escorts listed in its advertising sections than just about anyone else. But this is not so good for an escort wishing to attract new friends. There are so many escorts on Eros that many ads don’t get that much viewing. Much as a forest can have so many trees that individual ones blend right in.

Given the huge volume of traffic obtained by Eros’s guides for so many cities, one would think hobbyists would find the site beneficial. After all, many hobbyists obviously visit. But the problem with the ads are the numerous rip offs, fake pictures and lies that are told in the text of the ads. Hobbyists know that often times when a sexy young woman is advertised in the Eros network of sites, it is often too good to be true. The pics are either phoney, altered or the escort who shows up isn’t the same one as the pics. People run flat out scams in Eros where a sexy woman is advertised and a deposit is demanded for setting up the appointment. But the hobbyists finds himself along when the appointment time comes. Eros has a very low trust factor.

Here is an example of the type of expressions hobbyists make on various discussion boards about Eros Chicago experiences….

Eros is simply expensive, often too expensive for many escorts. For a basic photo ad that includes 2 pictures, 200 words and just 1 category, Eros charges $135 per month! Eros also offers no discount for ordering multiple months. Eros is simply not cost effective for most escorts in view of the questionable results and trends which mark this service.

While Eros Guide does indeed generate considerable traffic, they have so many escorts contained in its listings, that a provider typically doesn’t obtain good quality results. An Eros ad does often generate a lot of weirdos and tire kickers. Eros also does not enjoy much of a trust factor among serious hobbyists. They understand that far too many ads on Eros are simply fraudulent, inaccurate or misleading. Given the substantial cost encountered by an escort for an ad at Eros coupled with the sketchy results, Eros is not usually cost effective.

There are much more effective ways and places to advertise.