Getting Started in Session Wrestling

Session wrestling is becoming popular here in Chicago and elsewhere. For escorts who have at least a degree of fitness, it provides an opportunity for an additional service which can be quite lucrative. Understanding female session wrestling will help to decide if this is right for you.

Session types are competitive, semi-competitive or fantasy. Competitive is just like it sounds. Both the man and the woman do their best to win. Semi-competitive involves the man struggling and even getting some pins but it is understood the woman is going to prevail. In fantasy wrestling sessions, the man offers little resistance and the woman puts him through a series of holds which involves scissors, pins and face sitting. 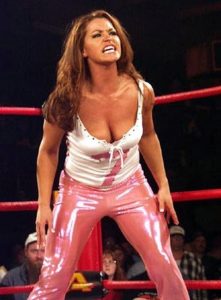 The level of fitness necessary really depends on the session type. For competitive, you necessarily have to be very fit and having some training under your belt is important. Semi-competitive also requires a degree of fitness as the man will be resisting and sometimes winning some falls. You should be in good shape for this. Fantasy is the easiest. But even for this, at least a modicum of fitness is advantageous. There are some escorts who engage in sessions who prefer to lose and therefore their level of fitness does not have to be very high. These are typically women who engage in BDSM as submissives.

Mixed session wrestling typically is $300 per hour. This is the standard that applies in most metropolitan areas. You can of course vary your rates but $300 is typically the maximum.

Female session wrestling can be very lucrative. Many session wrestlers travel throughout the nation and Europe. Many ladies also parlay their wrestling abilities into other avenues such as wrestling other women for films and videos sold on the net and live events. Women who have established their name and are typically quite attractive can do quite well with this. Of course, this does require decent wrestling and or acting ability.

Escorts and dommes in Chicago have a great opportunity to participate in mixed session wrestling. There is a decent market for it. Many well established demale bodybuilders who tour regularly stop in Chicago. They however typically don’t do things such as wrestle topless, naked or escort after a match. An escort has an opportunity to fill this void and therefore realize a new revenue stream. With a bit of thought, preparation and promotion, this income can yours.

Once you have decided to offer session wrestling and have mastered and practiced some holds, next is to establish yourself. Vital is to demonstrate your interest. Session wrestling customers in Chicago and everywhere else want to know they will have a good session. Show them this by dedicating a page at your web site to mixed session wrestling. If your web site is unprofessional and located on a free server, get a good web designer to make one for you. This is always a good idea as your web site makes a statement about you. Having a site dedicated to your session wrestling availability shows interest in wrestling matches. Whether you add a page or do a complete wrestling site, it is vital to have enticing text that speaks to the visitors interest. Equally is important are pictures. They should be clear and accurate. And your pics should absolutely include some of you wrestling. The wrestling pics should include scissors, locks and pins. They should involve a gentlemen who you are in the process of wrestling down and if you wish, toss in some of you wrestling with your girlfriends.

There are a number of places to advertise. This site is the only prominent one in Chicago with a section for mixed session wrestling. There are also national sites for occassions should you decide to travel. Take these simple steps outlines here and your income will rise.